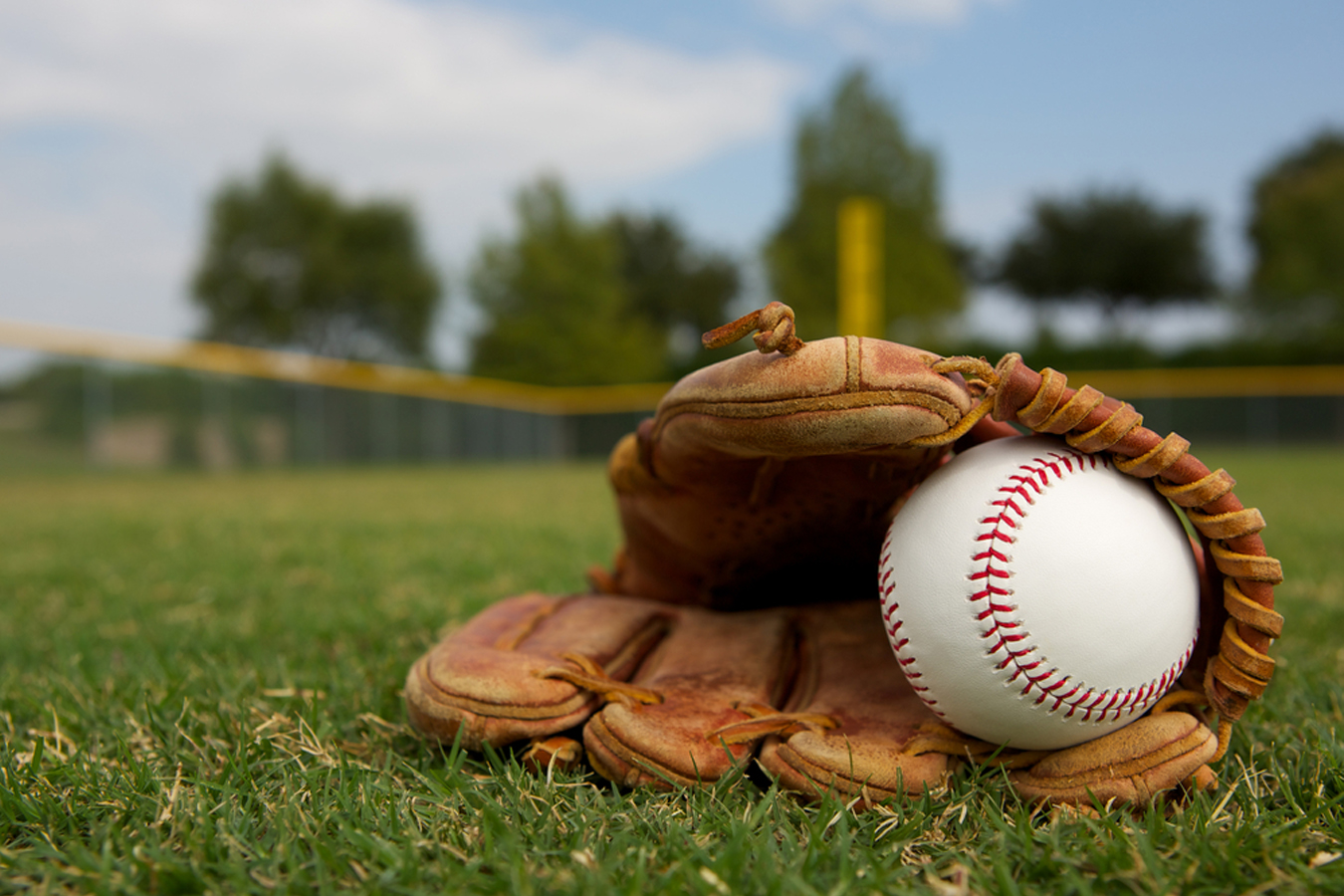 Not sure just what he needs to get playing? Whether he’s a toddler or an older boy getting started, this info may be helpful.

Nothing builds boys’ confidence like excelling in sports. That confidence spills over into other areas of life. And a kid doesn’t need to be the best on the team to reap the benefits. When they play sports, they make wider circles of friends, and they’re busy in a healthy way. (This is how I really feel!)

But not everyone has a sports-playing father to get him started off with the right gear. Most of this post will deal with baseball, as with basketball and football, it’s almost enough to just show up and play (if someone else has a ball, of course). (Thank you to the Dwek boys for helping me write this post!).

A note on footwear: While yes, every sport has its footwear, it’s not necessary when starting out and regular sneakers will do. My boys wear cleats for baseball, but other than that they don’t have special shoes for anything else. Cleats are inexpensive ($25-$30) and wearing them on the ball field will keep their regular (usually much more expensive) sneakers from getting ruined and caked with mud. I suppose if they use other footwear for a specific sport depends on how seriously or how often they play.

Basketball: There isn’t really special gear that’s needed as long as someone has a ball. My kids had this Fisher-Price basketball hoop that they used inside the house for a period of about 10 years, from when they were toddlers, until even recently. It isn’t made anymore but there are similar options made by Step 2 (more adjustable, for up to an eight year old) and Little Tikes (only for the little ones). They go well with this mini size 3 ball, great for the littlest players but still looks official. If you want to know what size basketball to get for a child that’s a little older, here’s a useful chart. Smaller balls for smaller hands, of course.

Football. Like basketball, nothing is needed except the ball. Like basketball, though, if your little son is trying to throw and catch with a ball that’s too big for him, he will get frustrated. It’s best to use a size that’s meant for his sized hands. This youth-sized football is designed for ages 9 and up. This “super grip” Wilson ball is also super popular.

Tennis: It’s a cool sport to learn (not particularly social, though). If your son wants to try but you don’t want to commit to a pricey racket, Walmart has really inexpensive ones. You can always upgrade later. Tennis is great when you want to play something with one friend and can’t get a bunch of kids together. It does, however, entail a parent driving a kid to a court and back (and supervising if they’re young).

Soccer: My boys don’t play soccer. My girls do. That being said, the whole family does like kicking the ball around in the backyard. It’s a nice sport that different ages can play together. We put up these foldable nets which are easy enough to put together. They use a basic soccer ball from Five Below.

Hockey is its own animal with tons and tons of gear, even for a beginner, but we’ll save that one for the winter. Note, though, if he wants to play street or roller hockey, he’ll need a wooden stick (for ice hockey, a different type of stick is used). How do you know how long of a stick to get? If he’s playing street hockey, the stick should come up to his nose. If he’s playing roller hockey, it should come up to his chin while he’s wearing his rollerblades (just as with ice hockey). In general, street hockey sticks like this with one-piece construction are more durable than the ones that have a flimsy plastic blade (and street hockey sticks take abuse). For street and roller hockey, balls, rather than pucks are used. If a boy is playing street or roller hockey as a way to practice for ice hockey, then use flat pucks that have balls on the bottom like these.

That leaves us with baseball: My own boys started off at the age of one (as soon as they could walk) with a tee like this. At that age (between 1 and 2), though, they used a foam bat or those mini baby baseball bats (not the hard plastic bat). I remember, when one of my sons was perhaps 14 months old, before he could talk, he would hit the ball and then put his finger on the tee, a sign that we should put the ball back there. But don’t worry. If your son is 3-4-5-6, you’re not late. If he’s 6 and older, he really should have a baseball glove by now.

So now I turn this post over to my sons to give us glove and bat recommendations because they know this stuff more than I do.

Below is a list of glove and bat picks for different ages and stages. Generally, a glove or bat should last a boy a good few years. Just because we recommend a different size for each age, doesn’t mean he needs a new one each year.

This is the kind of ball most boys use. 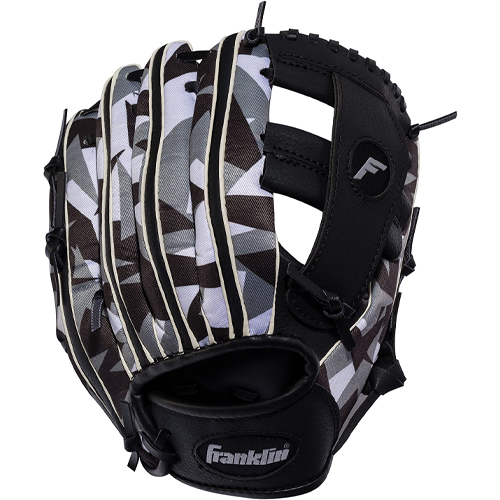 An inexpensive glove for when he’s just a tike starting out. 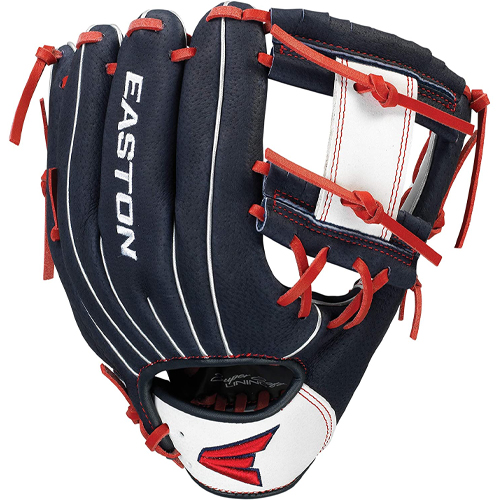 A top of the line glove for the little guy. 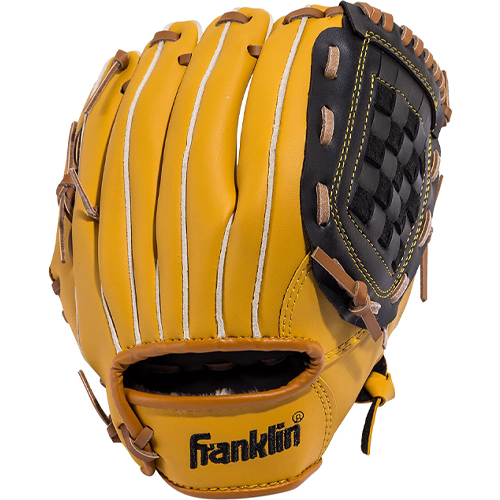 Good and inexpensive too. 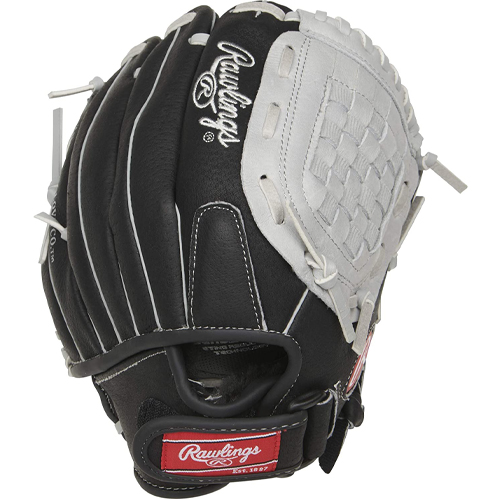 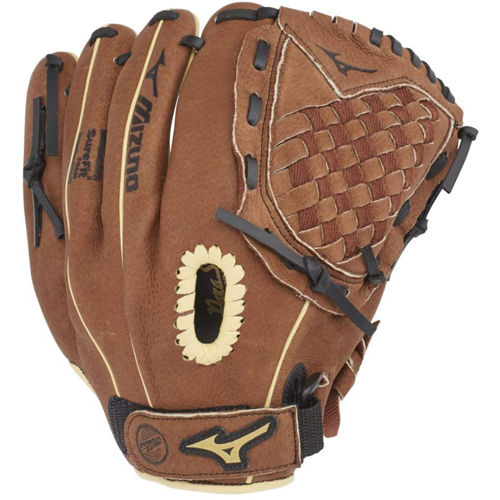 I had this glove, the quality is amazing and it’s very durable. 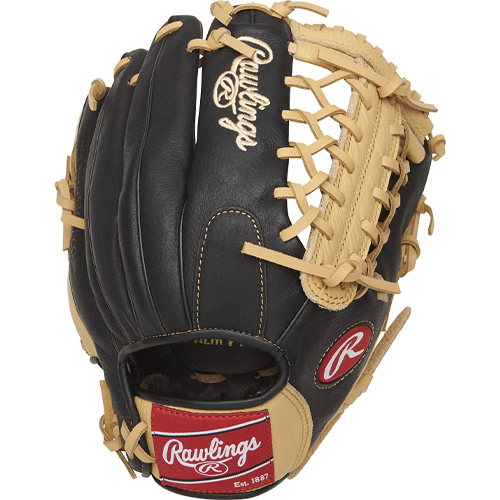 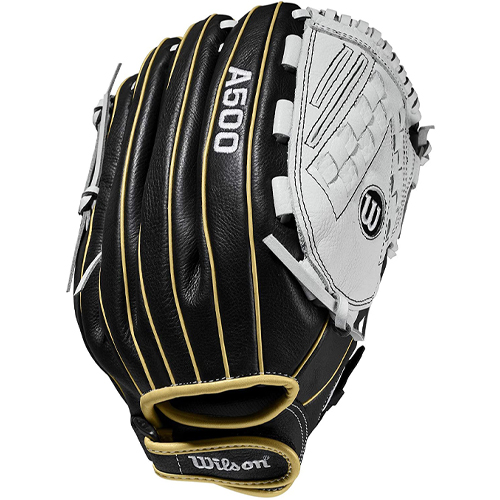 In general, softball isn’t played until a later age. Smaller sizes of gloves don’t really close around the softball well. Once a boy is using a large enough glove, though, it’s no problem to use a baseball glove for softball. This recommendation, though, is strictly if one is playing softball only, as the pocket of a softball glove is too big for a tball. 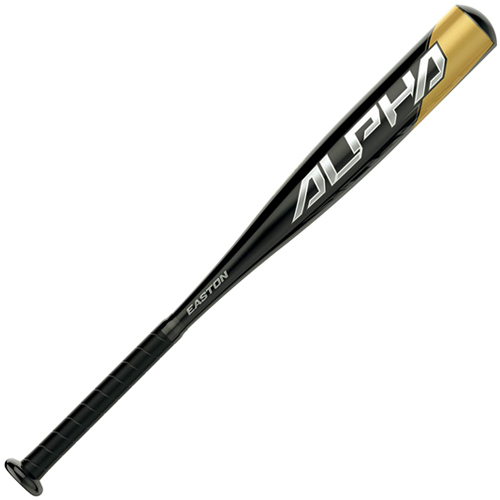 This bat is only used for tball for younger kids, ages 4-5 yrs. 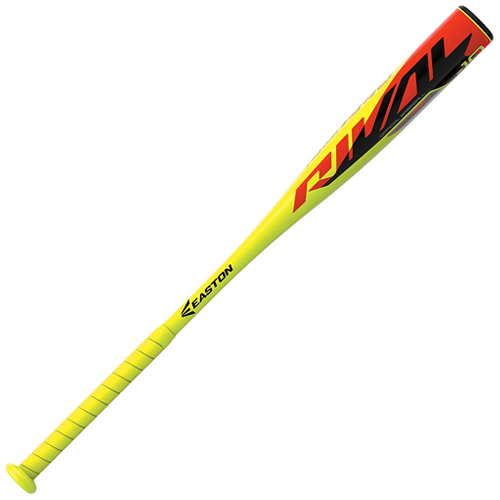 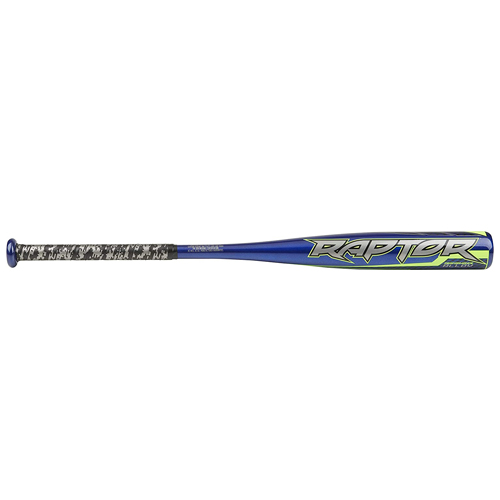 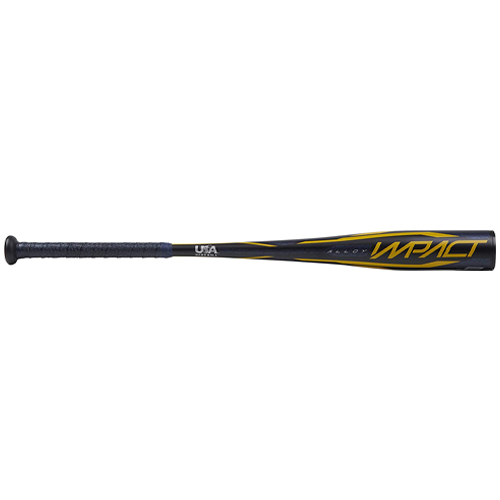 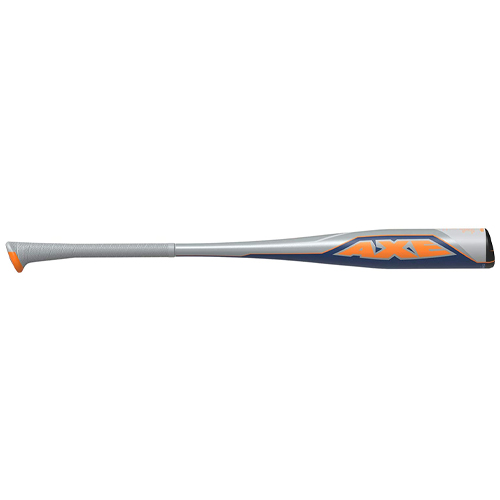 This is another 30 inch bat. It has a different type of handle. It’s called an “Axe Bat.” Some like it because they can grip the bat better although some people prefer a traditional bat. 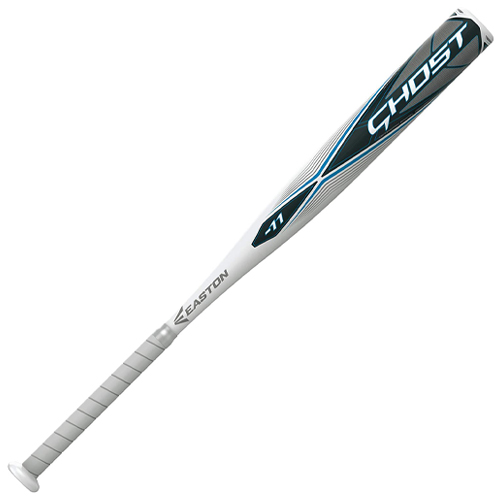 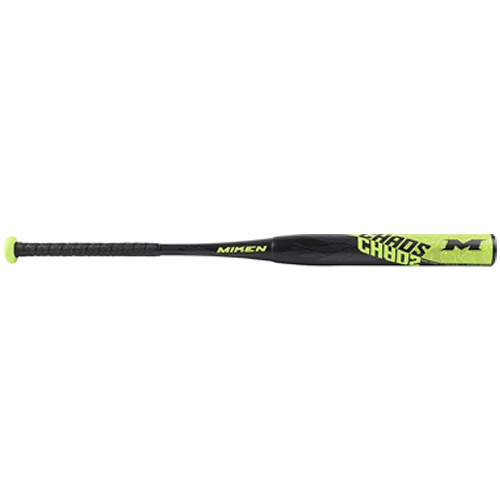 If your son is transitioning from a tball league to a Clincher league, this is a good softball bat for teens (15 yrs old 34 inch). 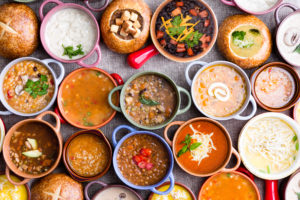 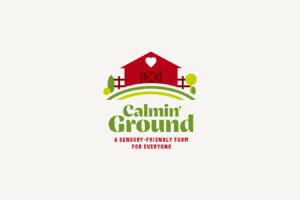 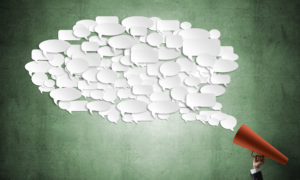 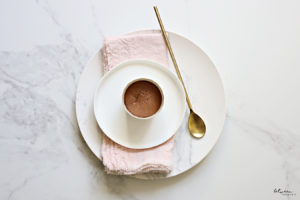 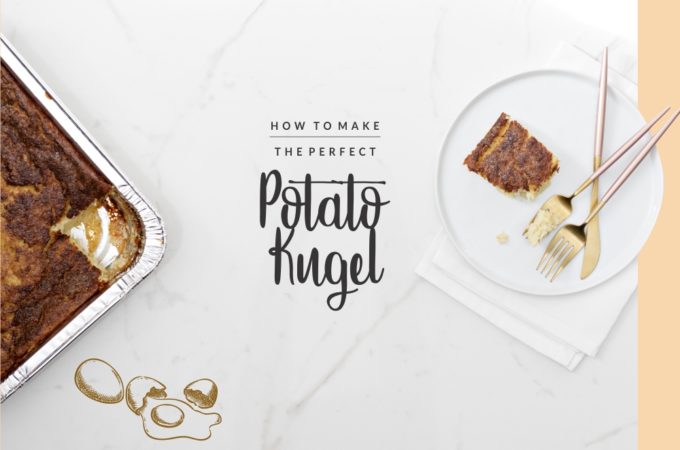 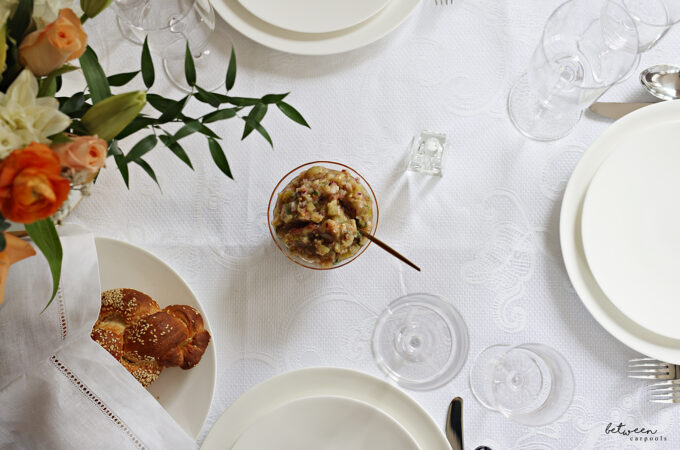