This cholent, inspired by a Moroccan Hamin, combines the best of both worlds!

A bit over one year ago, I asked you all for your cholent ideas in this post and you all shared so many variations!

Personally, my family was ready for something new and I had an invitation to experiment. One of the recipes I received during that time was a Hamin recipe from Mia Anahory. I made it one week and it was groundbreaking. Suddenly, everyone wanted to finish the cholent (or hamin) down to the bottom.

But there were some changes. Back in our cholent post, “Mj” commented about the way his father sautés the onion in a generous amount of oil, and once it’s completely brown, adds 3 tablespoons sugar, 2 ½ tablespoons salt, 1 tablespoon paprika (I use smoked paprika), and ¼ tablespoon black pepper. I thought this sounded good and decided to start mine this way as well, instead of simply with a plain onion. This becomes the flavor base of the cholent, and a really good one too. 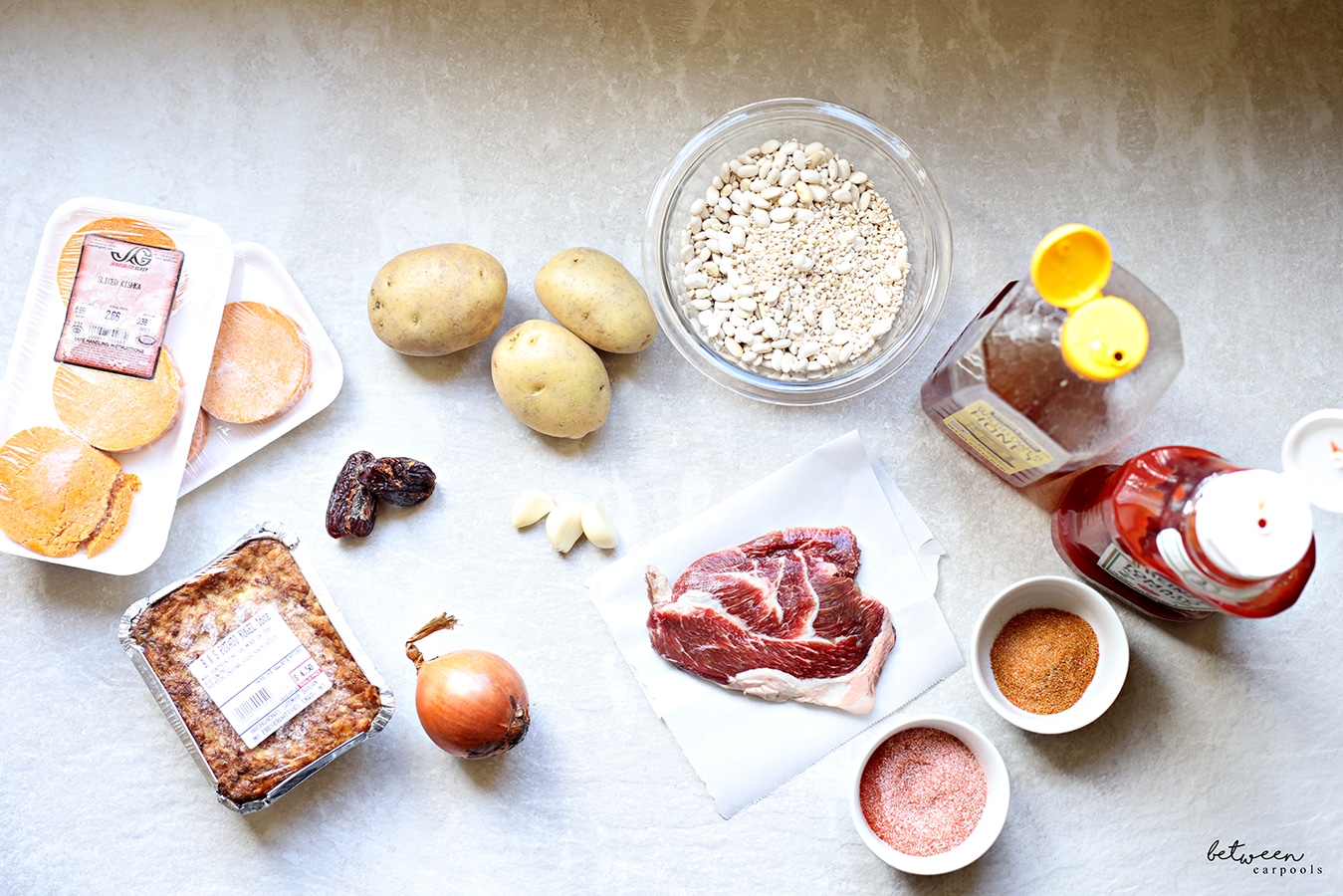 There are other things that are different. A Moroccan Hamin uses unpelted wheat. We stuck with barley. Also, in Hamin the ingredients are kept “separate.” We wanted everything to be mixed together, like in an Ashkenaz cholent. My kids also really wanted that squirt of ketchup, which is common in cholent but not in Hamin. Finally, finally…the toppings. They didn’t go for the eggs, but they did still want that kishke and kugel!

In the end, we had a Cholent-Hamin mashup that has been a hit ever since. I’m also going to share the original version below in case you do want to make a traditional Moroccan Hamin (aka “Schena”).

It has a few steps, so now let’s get cooking. The first layer in the pot is our sautéed onion. I first sauté a sliced onion in that generous amount of oil, and once it’s completely brown, add the salt, sugar, and smoked paprika. Next comes 1 cup Great Northern Beans and 1 cup barley. The beans MUST be soaked for at least 30 minutes before adding them in (I put them in to soak when I cut the onion). If they don’t soak, they’ll take longer to cook and eat up so much water, drying everything else out (you can dump them into the cholent with their soaking water). (Note: The beans were not soaked in the photo.

You can mix up these bottom layer ingredients. Next comes the meat, potatoes, 1 whole onion, and a few cloves of garlic. A couple of medjool dates go on top of the potatoes.

For meat, I usually put in either a cheek or a kolichal and a couple of short ribs. As far as the dates, they’re one of the secret ingredients…yum! Everyone always asks what those are! (Note: check the inside of the dates when you open them to remove the pit.) 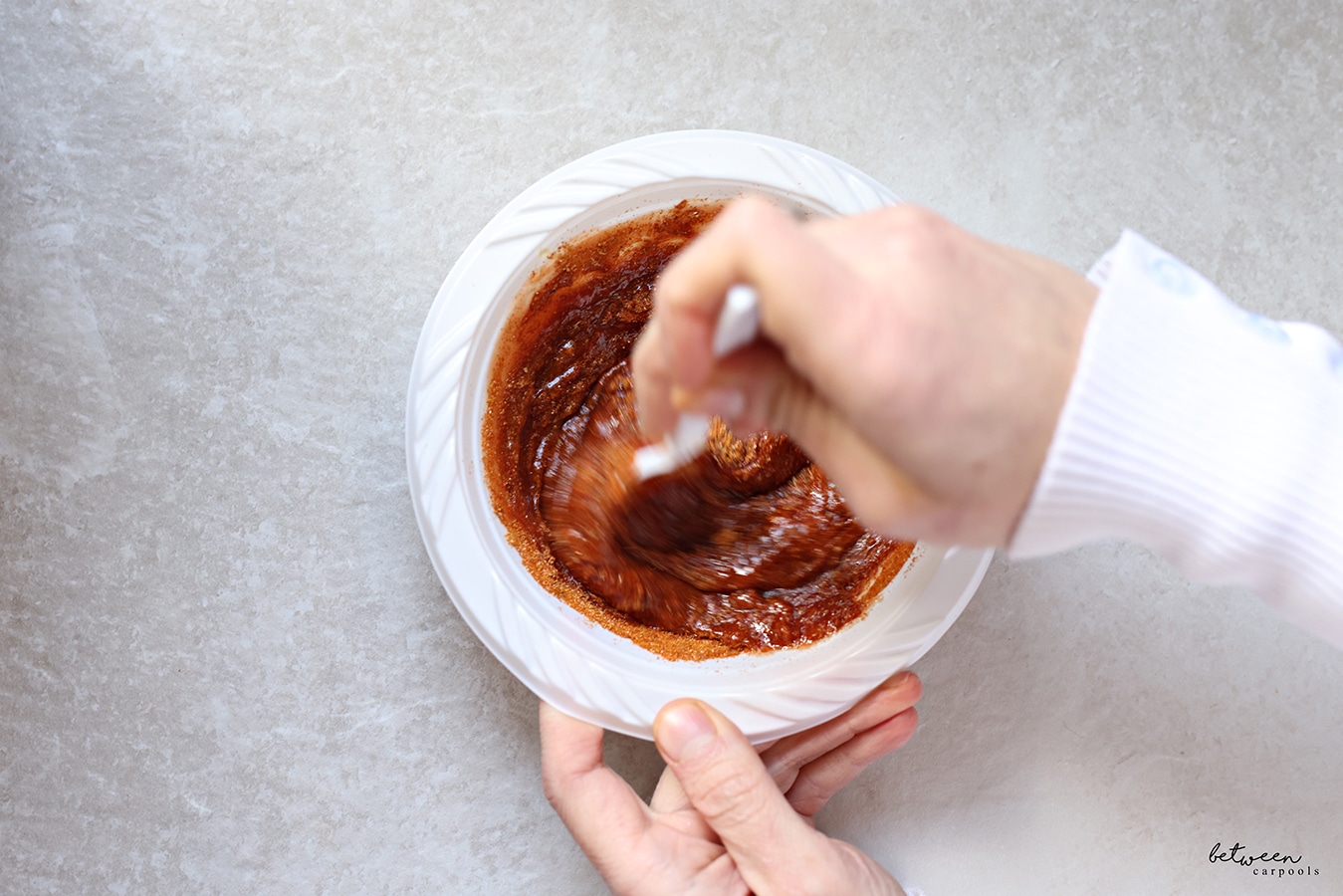 Next comes the spice mix for the top. In a bowl, combine the ketchup, honey, and all the spices. Cinnamon is included in the spices and it really makes the house smell amazing all Shabbos long. This mixture goes on top of everything. 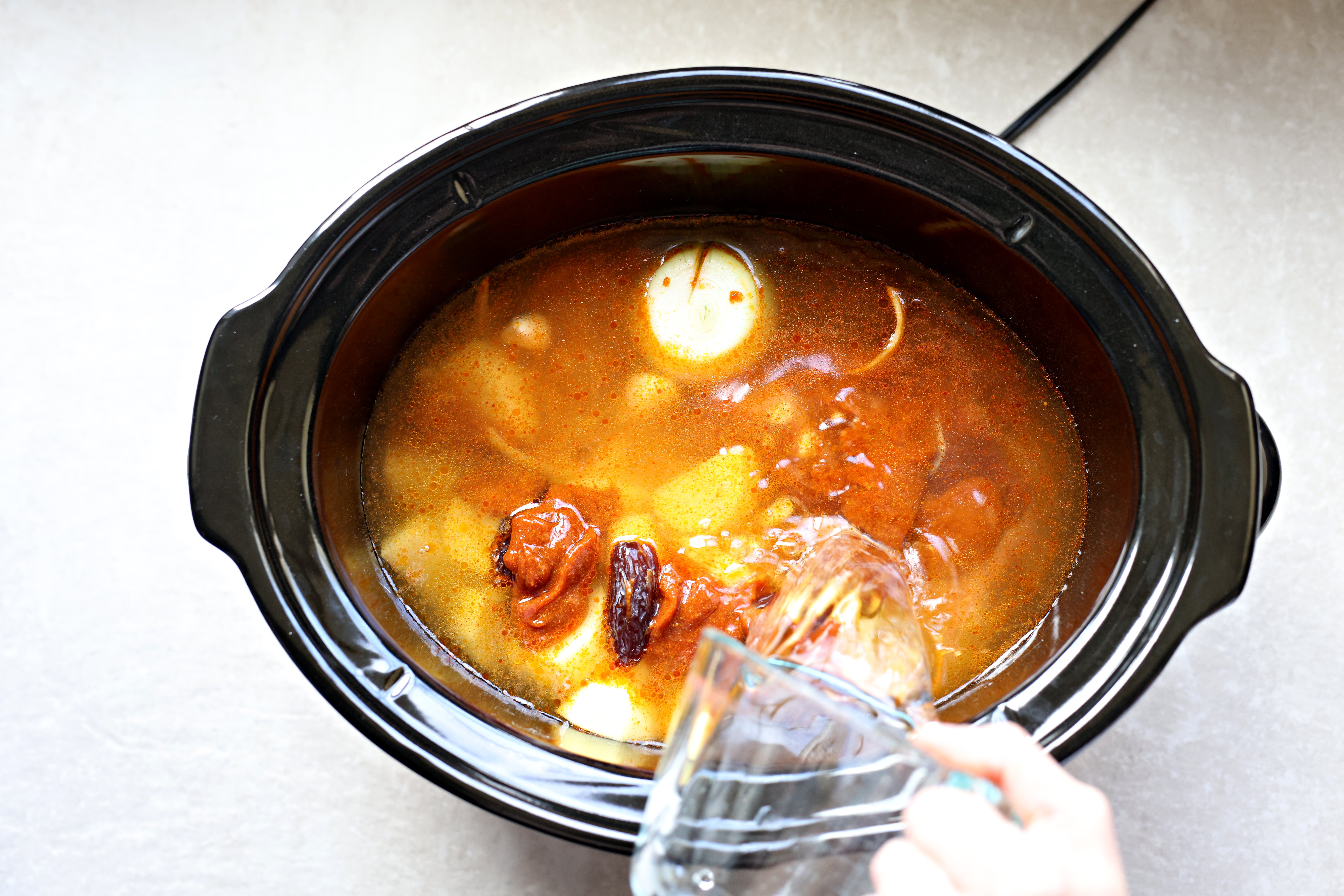 I put the cholent up in the morning and cook on high all day so it’s fully cooked before Shabbat. Then I switch it to “keep warm.” If you’re putting up the cholent late in the day rather, just keep in on “low” until the seudah the next day. I don’t have a specific amount of water because I check it throughout the day and add water if needed.

But we’re not done. Before Shabbat, I add some slices of kishke, wrapped in foil, and a small potato kugel, also topped with foil. These will be served on the platter.

Thank you Mia for inspiring the Cholent/Hamin/Chamin that my family (and everyone who tastes it!) loves!

Save Print
Ingredients
Spice Mixture:
Instructions
3.5.3226
Mia tells us, “A few weeks ago when my mother invited us for Shabbat, she asked me what she should make for chamin, and I said, “Ma, can you make something different?” Well, she made something different alright, and it was an instant hit, and became a favorite in our house!

A Moroccan friend of mine told me it’s called Schena (pronounced Secheena).

This chamin requires a little extra TLC, but it’s well worth the effort!

I love that this chamin looks so grand; when I have company, I serve the beans in one bowl, the meat and potatoes in a second one, the wheat in a third, and the eggs in a fourth bowl. It looks like I slaved away, but I really made only one thing.”

Save Print
Ingredients
Spice mixture:
Before Shabbat:
Instructions
3.5.3226
FOR EXCLUSIVE CONTENT AND A PEEK BEHIND THE SCENES, MAKE SURE TO JOIN OUR WHATSAPP STATUS HERE. 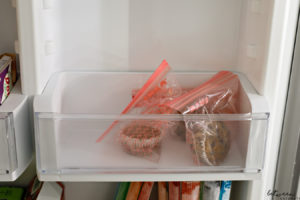 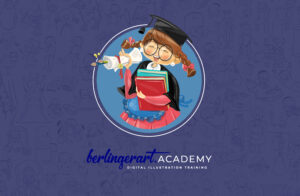 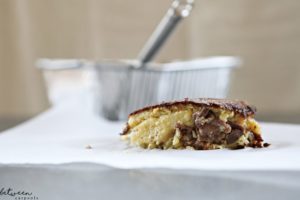 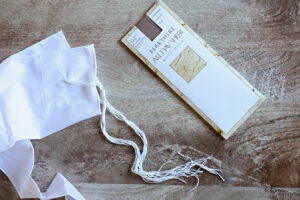 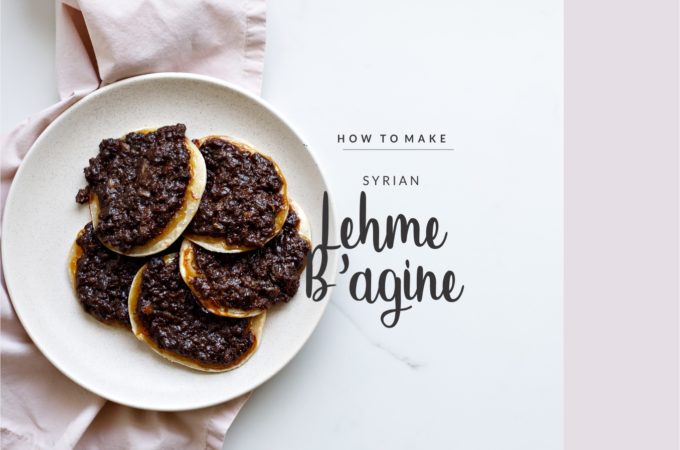